The Story We Knew

My grandpa Silvio was a simple man. Or at least, the version of him that I spent ten years of my childhood with was. Every morning he would pick me up in his truck to go to work with him doing odd-jobs in his mobile home park. Every night we would eat a frozen pizza that we cooked in the microwave. Before we get any further, I should mention that for the first nine years of this relationship with my grandpa, my brother and my cousin were there too. But it was the year when they left for college and I stayed in Rock Springs with my grandpa that impacted me the most. That's where this story begins, on his porch in Rock Springs, Wyoming listening to the wind.
Even though we didn't talk much, we had a bond that only a grandparent and grandchild can understand. He taught me that every day was an opportunity to be productive. Whether it was your job or helping someone else with theirs, a life spent working was a life of purpose. He also taught me how to make what I needed and fix what I had, rather than buying something new. And above everything else, he believed in family. This is the story we knew, and it's the one that made me who I am. That was until I found the archive in his office. 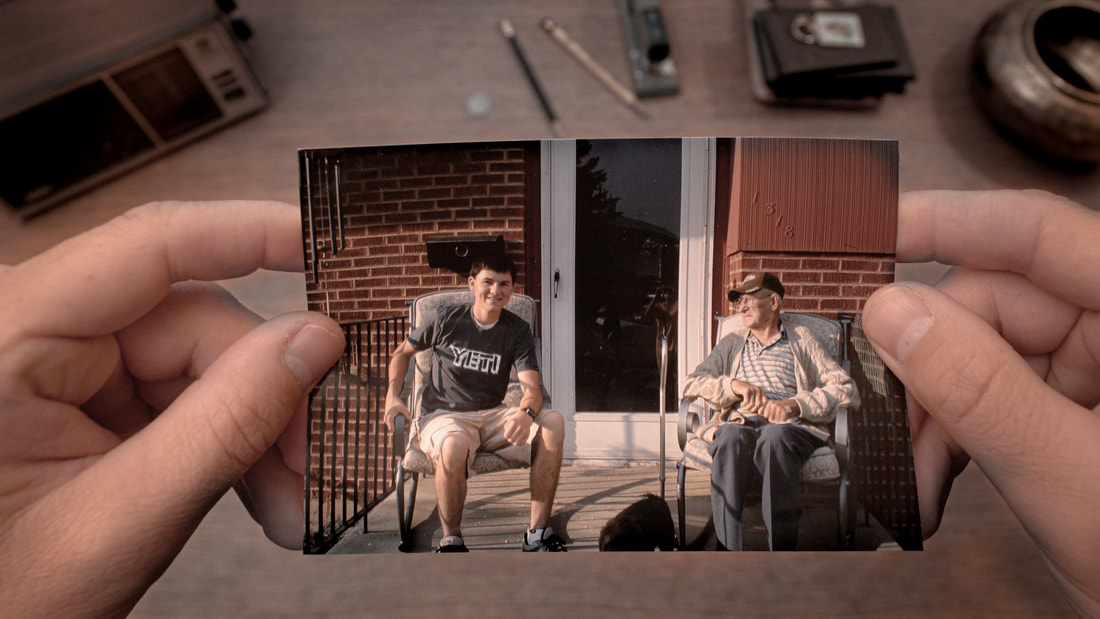 The Story He Didn't Tell

I knew that he was in the War, and I knew that he was a prisoner, but that was it. We were both more comfortable in the silence so I never pushed him to talk about more and he never volunteered to reveal more.

Ten years after he died I found these photos, documents, and letters that detail his experience of being captured and then marched from camp to camp across Germany as a Prisoner of War. ​Nothing made sense after I found this archive. That's when I set off on this journey to meet Silvio Pedri, the man who would become my grandpa.

As the oldest son of Italian immigrants, he wanted what everyone wanted, the same thing his parents left Italy in search of-- the American Dream. After finishing high school in the Iron Range of Minnesota, Silvio jumped on a freight train and headed west. He jumped off in the wind-burned town of Rock Springs, nestled in the high-desert mining region of southwestern Wyoming. This is where Silvio made his life as a trona miner, and eventually where I was born and raised. It's also the place where he was drafted in 1942 to fight in World War II.

The next part of the story is compiled from the documents, letters, and photos that he left behind in his office. He never told the story. In fact, after asking around, I realized that his experience was as much a myth to some as it was a mystery to others. But these documents held the truth, and that's what drew me in. ​ 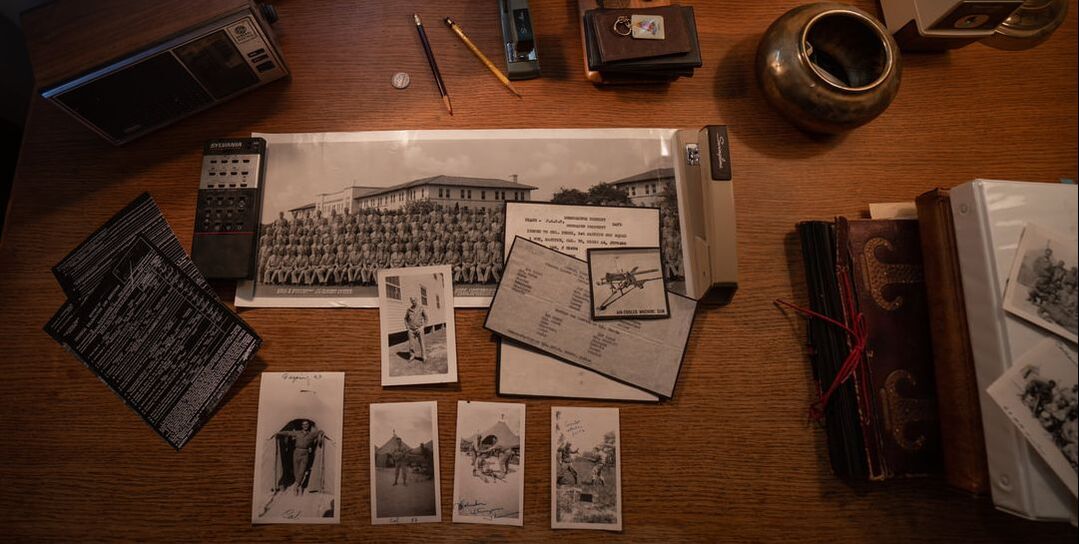 In November of 1944, Sgt Silvio J. Pedri of the 95th Infantry Division was sent on a mission to cross the Moselle river near Metz, France. His objective was clear: secure the opposite bank and create a diversion so that a larger unit could build a bridge to bring in the heavy artillery and take the city of Metz from the German Army. Sgt Pedri had trained for almost two years for this moment, detailing every step of the way in letters to his fiancé in Rock Springs, Wyoming. However, no amount of training could have prepared him for what happened over the course of these few days. After losing most of his closest friends in a grueling battle against the Germans and mother nature, Sgt Pedri was taken prisoner. His letters home went silent, as did his account of the War once he finally made it back to American soil.

After researching every aspect of his story, I decided the only way I could come close to understanding my grandfather was to retrace his route and let the places reveal a side of him that I never had the chance to meet. Of course, I couldn't take on this task alone, so my wife who also happened to be a filmmaker joined me in my quest to piece together the untold story of Silvio J Pedri.
Make a Tax-Deductible Donation